Just a reminder unless we’ve forgotten, Christian values and morals do not change with society; instead, Christian principles are rooted in the Bible, whose concepts reflect God’s perfect will. They don’t, nor cannot evolve with a progressive culture.

While society does in fact change, our beliefs do not. To expect otherwise is to misunderstand what our faith represents, and why God’s word remains timeless. We don’t bend or change our views regardless of public opinion.
That’s being a genuine Christian.
[Christopher Gregory]
✞  ✞  ✞
Hebrews 13:8 ... Jesus Christ the same yesterday, and to day, and for ever.
1 Corinthians 2:5 ... That your faith should not stand in the wisdom of men, but in the power of God.
Ephesians 6:14 ... Stand therefore, having your loins girt about with truth, and having on the breastplate of righteousness;
Malachi 3:6 ...  For I am the Lord, I change not; therefore ye sons of Jacob are not consumed.❤
Posted by Jesus Is Lord at 6:01 AM

These will be the ways of the king who will reign over you: he will take your sons and appoint them to his chariots and to be his horsemen and to run before his chariots. And he will appoint for himself commanders of thousands and commanders of fifties, and some to plow his ground and to reap his harvest, and to make his implements of war and the equipment of his chariots. 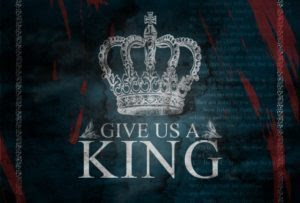 The emphasis is TAKE.
I fear that America won't heed God’s warning to Israel in the past about selecting bad leaders. Biden would be a bad leader.
[Christopher Gregory]
Psalm 9:17 ... The wicked shall be turned into hell, and all the nations that forget God.❤
Posted by Jesus Is Lord at 6:01 AM

What you are currently seeing unfold is biblical. We, the People, are dismantling a debased, global establishment rooted in corruption. Sustained by media fraud, deception and propaganda. No more. You are witnessing a changing of the guard. Patriots are in control.

[Message from the Internet]

Psalm 33:12 ... Blessed is the nation whose God is the Lord; and the people whom he hath chosen for his own inheritance.❤
Posted by Jesus Is Lord at 6:01 AM

He Shall Save His People

Glorious Jesus, Your name is the cure for sin-sick hearts,  the resting place for the weary pilgrims of Zion,  heavenly manna for every true Israelite wandering through this barren wilderness of darkness and sin.

This name, "which is above every name"  calms the troubled sea within, sweetens every bitter trial,  illuminates every sad and lonesome path,  dispels the darkness of doubt and despair,  and soothes the trembling heart of every redeemed child of God.
This precious verse teaches us that Jesus Christ cannot fail to save His people from their sins. He established perfect righteousness for them by His obedience unto death, and obtained eternal redemption for them with His own precious blood. When He shouted from the cross, "It is finished" salvation was finished,  God's holiness was appeased,  satisfaction for sin was made,  and judgment was over for all the people of God.
God did not send His Son into this world to save all men from their sins; rather, He sent His Son into this wicked world to save "His people" from their sins.
God's salvation, in its entirety, is for His elect people, who are identified in the Scriptures as "the people of God." All that the Lord Jesus did, does, and will do is, has always been, and will always be for His chosen people. He came into this world, was born of a virgin, lived under the law, was in all points tempted like as we are, and perfectly obeyed the will of God in all things for one reason that He might save His elect people with an everlasting salvation. He loved them, chose them, and gave Himself for them, them, and only them.
He was born for His people. He kept the law for His people.  He suffered for His people.  He was made sin for His people.  He died for His people.  He arose from the dead for His people.  He ascended into glory for His people.  He rules all things for His people.  He intercedes for His people.  He is coming again for His people.
[Frank Hall]
✞ ✞ ✞
Philippians 2:9 ... Wherefore God also hath highly exalted him, and given him a name which is above every name:
Ephesians 5:25-27 ... Husbands, love your wives, even as Christ also loved the church, and gave himself for it; That he might sanctify and cleanse it with the washing of water by the word, That he might present it to himself a glorious church, not having spot, or wrinkle, or any such thing; but that it should be holy and without blemish.
Matthew 1:21 ...  And she shall bring forth a son, and thou shalt call his name Jesus: for he shall save his people from their sins.❤
Posted by Jesus Is Lord at 6:02 AM 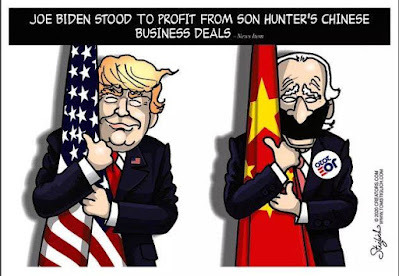 Matthew 15:14 ... Let them alone: they be blind leaders of the blind. And if the blind lead the blind, both shall fall into the ditch.❤
Posted by Jesus Is Lord at 6:02 AM

The true test of a person’s spiritual life and character is not what he does in the extraordinary moments of life, but what he does during the ordinary times when there is nothing tremendous or exciting happening. A person’s worth is revealed in his attitude toward the ordinary things of life when he is not under the spotlight.
- Oswald Chambers 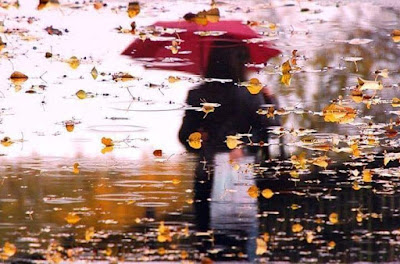 Matthew 6:3-8 ...  But when thou doest alms, let not thy left hand know what thy right hand doeth:  That thine alms may be in secret: and thy Father which seeth in secret himself shall reward thee openly.  And when thou prayest, thou shalt not be as the hypocrites are: for they love to pray standing in the synagogues and in the corners of the streets, that they may be seen of men. Verily I say unto you, They have their reward.  But thou, when thou prayest, enter into thy closet, and when thou hast shut thy door, pray to thy Father which is in secret; and thy Father which seeth in secret shall reward thee openly.  But when ye pray, use not vain repetitions, as the heathen do: for they think that they shall be heard for their much speaking.  Be not ye therefore like unto them: for your Father knoweth what things ye have need of, before ye ask him.❤
Posted by Jesus Is Lord at 6:01 AM

Apart From The Gospel

No one is saved apart from the hearing of the gospel.  Let no one deceive you in this matter. The issue is not whether or not God can save His people without the use of means. The issue is whether or not He will. We know that He will not, because He has revealed it plainly in His Word. "Faith comes by hearing, and hearing by the Word of God." It pleased God to save His elect by the foolishness of gospel preaching. All who are begotten of God, are begotten of Him by the gospel. All who are born again, are born again by the incorruptible seed of God's Word, which is preached to them in the gospel.

These things are so plainly revealed in holy Scripture that there is no excuse for error regarding them (1 Corinthians 1:21; James 1:18; 1 Peter 1:23-25). Those who teach that God saves sinners apart from the preaching of the gospel, fly in the face of holy Scripture. It is therefore no surprise to see them favor emotionalism, experiences, dreams, custom, and religious tradition above the Word of God.
The preaching of the gospel is God's chosen, ordained means of grace, by which He calls chosen, redeemed sinners to salvation in Christ by the irresistible power and grace of His Holy Spirit. The New Testament universally declares that the preaching of the gospel is vital to the salvation of God's elect.
Our message is always the same.  We do not have one message for children, and another for adults.  We do not have one message for one group, and another for another group.
The preaching of the gospel is a proclamation of the unsearchable riches of Christ, of salvation by His grace, of peace with God, of pardon of sin, of righteousness, and life and salvation by Him.
The Scriptures plainly declare that no one will ever be saved who does not:
hear the gospel (Romans 10:17),
believe on the Lord Jesus Christ (Mark 16:15-16),
acknowledge and confess his sin (1 John 1:9),
repent of his sins (Luke 13:5), and
persevere in the faith (Matthew 10:22).
[Don Fortner]
✫❤•°*”˜˜”*°•.❤✫...•°*”˜˜”*°•.❤✫...•°*”˜˜”*°•.❤✫
Posted by Jesus Is Lord at 6:01 AM

A Dark Winter or A Bright Future

A number of our Presidents have shown great courage in leading our country.   George Washington led a revolution against the British Empire.   Abraham Lincoln fought a war against slavery.  Franklin Delano Roosevelt led us in a world war against Germany and Japan.   Ronald Reagan stood up to the Soviet Union.   Yet Donald J. Trump must be the most courageous president of all.
With no weaponry behind him, and with little to no help from his allies, President Trump fights against the most powerful enemy The United States has ever faced.  For he has nearly single-handedly taken on the criminal Deep State that infests our great country.  With only the moral support of patriotic Americans behind him, President Donald J. Trump wages war against the cabal of corrupt politicians and bureaucrats who seek only to entrench their power and enrich their fortunes while destroying America from within like no previous enemy could ever hope to accomplish.
God Bless President Trump.
[Anonymous] 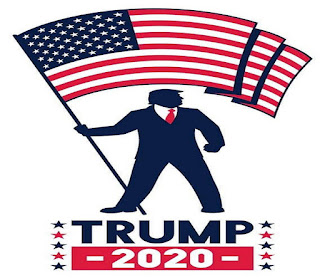 Proverbs 29:2 ...  When the righteous are in authority, the people rejoice: but when the wicked beareth rule, the people mourn. ❤
Posted by Jesus Is Lord at 6:01 AM

Oh, that every true Christian would recollect that he is set as a lighthouse in the midst of a dark world, and would labour so to live that every part of him may reflect light, and no side be dim! 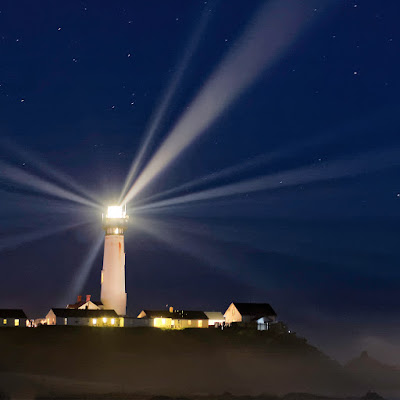 Matthew 5:16 ...  Let your light so shine before men, that they may see your good works, and glorify your Father which is in heaven. ❤
Posted by Jesus Is Lord at 6:02 AM

Won't Say and Will Say

Things God will never say to you:

Get Out The Vote 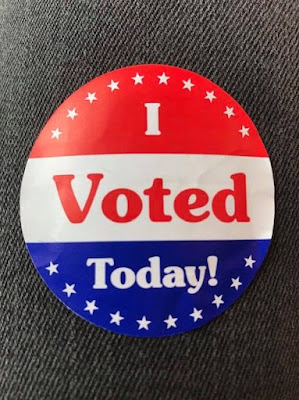 Vote. Then, pray for the right result.
Posted by Jesus Is Lord at 6:04 AM 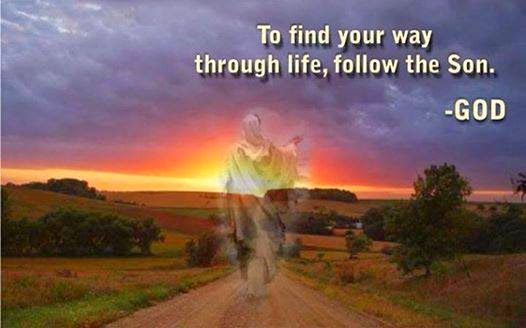 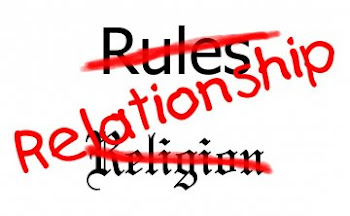 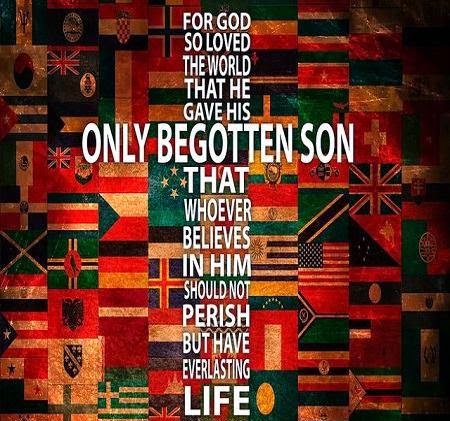 What can wash away my sin? Nothing but the Blood of Jesus. 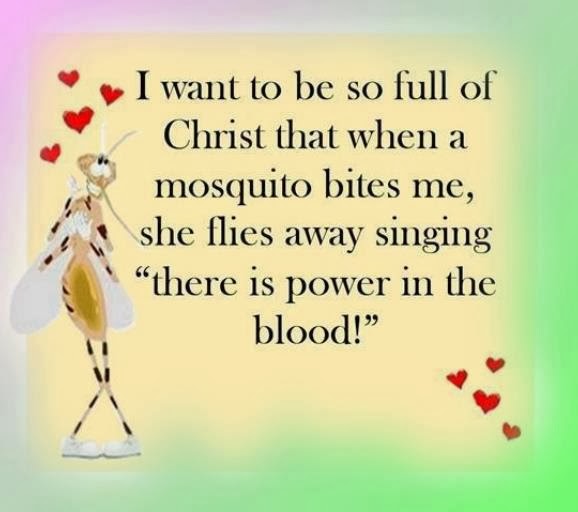 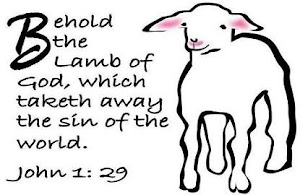 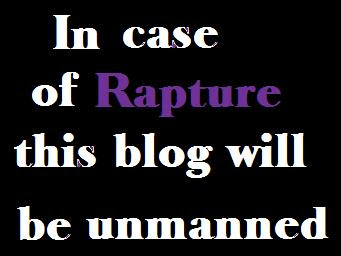 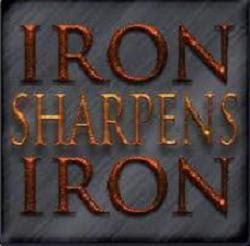 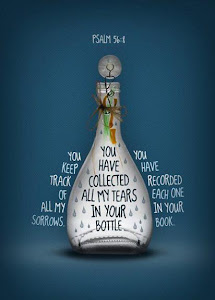 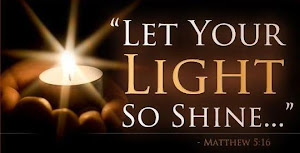 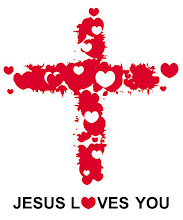 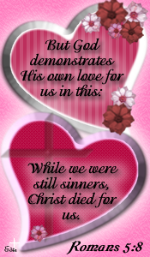 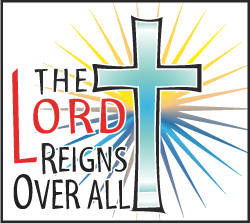 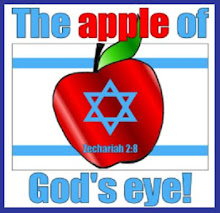 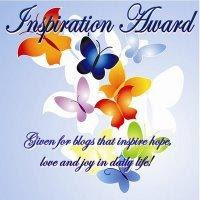 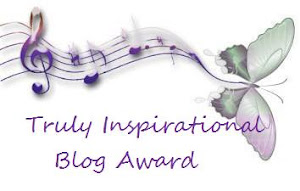 Photos are shared from the Public Domain and from Social Media.

Any copyrighted material included herein is distributed in accordance with the Fair Use section of 17 U.S.C. 107, in the interest of public research and education, without profit.

If you see your photo or know the artist, please give us the opportunity to credit your work or the artist work. Please contact us at whomwillyouserve@outlook.com and we will be happy to add a link back to the original. No copyright infringement intended.